This painting shows many of the symbols that Basquiat used in his works. The reason for this name is not known, since only one word in the painting is actually in Italian, Sangue (blood), which however is crossed out and the Latin word (“Sangre”) is written in its place. The words “Crown of thorns” appear, with barred “Spine”, as a result of a common reference in the work of Basquiat canvas basquiat art sale, street art decoration, Basquiat blue skull Street Art

A mistake has been made with my order but Ennio was very helpful. He was great in answering all of my questions quickly. Their main goal is to make every single client satisfied and for me they do! 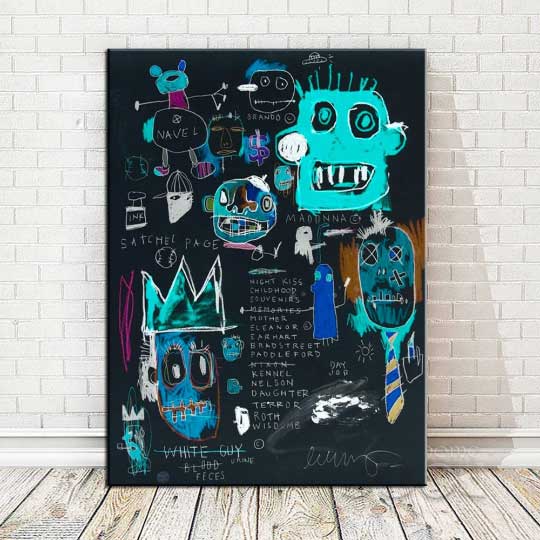