royal salt inc - against colonization Jean-Michel Basquiat was an American artist of Haitian and Puerto Rican descent. J-M Basquiat was one of the most influential American artists and focused on “suggestive dichotomies” : He is considered to be the founder of the neo-expressionism movement.

This painting shows many of the symbols that Basquiat used in his works. The reason for this name is not known, since only one word in the painting is actually in Italian, Sangue (blood), which however is crossed out and the Latin word (“Sangre”) is written in its place. The words “Crown of thorns” appear, with barred “Spine”, as a result of a common reference in the work of Basquiat canvas basquiat canvas replica, street art decoration against colonization 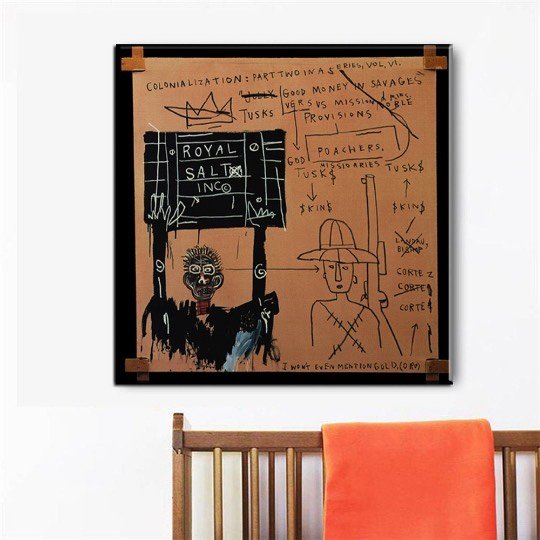