Jean-Michel Basquiat was an American artist of Haitian and Puerto Rican descent. He was one of the most influential American artists and focused on “suggestive dichotomies” : He is considered to be the founder of the neo-expressionism movement.

the king of street art

Since introducing the crown symbol in his work, the motif started to frequently appear in his new creations, underlying his artistic prowess as well as the history of fine art. The use of the crown was inspired by a now changed logo of King World Productions, which syndicated one of Basquiat’s favorite shows called The Little Rascals. Why the crown In general, Basquiat used his paintings to attack western histories and depicting black men as saints and kings. By regularly using the crown motif, the artist recognizes the majesty of his influencers and heroes, including: - artists - writers - groundbreaking athletes - musicians Basquiat’s use of crown varies, and the design depends on the message he expresses in that particular painting. He was aware of the impact the accomplishments of his heroes has on him individually and career-wise. in addition by repeatedly use of the crown in his work, he believed that he was continuing their work by depicting himself wearing the same crown. Basquiat canvas crown doesn’t have a fixed meaning, as he would design it to look like a crown of thorns to depict the difficulties they went through in their careers. In other words, to some extent, evident that Basquiat used the crown to

Date: 1983 Style: Street art, Neo-Expressionism Genre: figurative Description: Basquiat used his paintings to attack western histories and depicting black men as saints and kings. By regularly using the crown motif, the artist recognizes the majesty of his influencers and heroes, including artists, writers, groundbreaking athletes, and musicians. Many artists used their monarchs to symbolize their own majestic powers and Basquiat, lacking one, continued the tradition in his own way 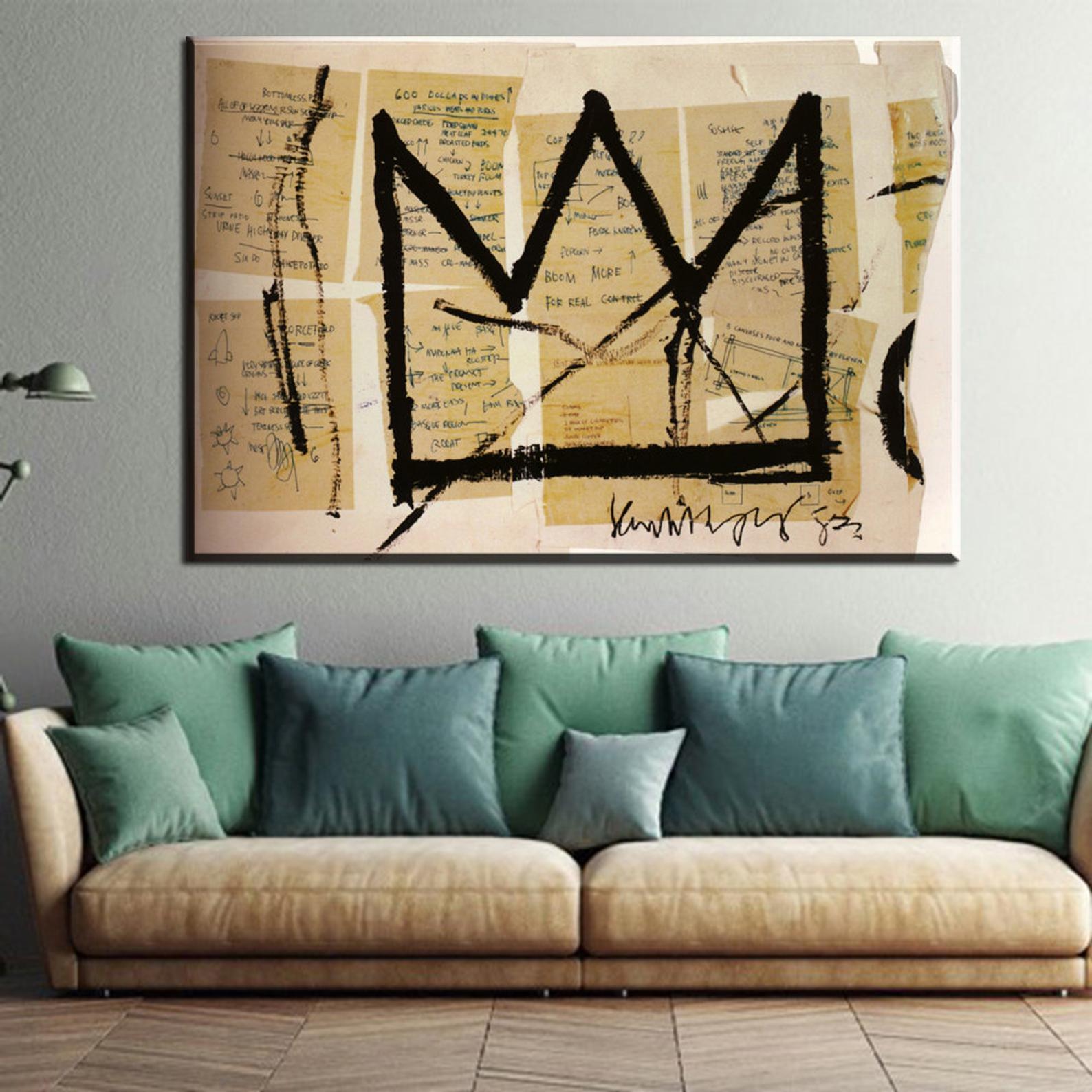