This painting shows many of the symbols that Basquiat used in his works. The reason for this name is not known, since only one word in the painting is actually in Italian, Sangue (blood), which however is crossed out and the Latin word (“Sangre”) is written in its place. The words “Crown of thorns” appear, with barred “Spine”, as a result of a common reference in the work of Basquiat canvas Basquiat wall art canvas, street art decoration

First and foremost, I truly appreciate the great customer service dealing with this Etsy business. At first, I received a not so great quality print and did not realize it until I was about to frame it. I contacted Ennio and he made the process so easy for me to receive another one within two weeks. Ennio allowed me to keep the first one and sent me the new one without any issues. I am very satisfied with my print and will definitely recommend it to anyone who is in the market to purchase something trendy like this Simpson Picasso. 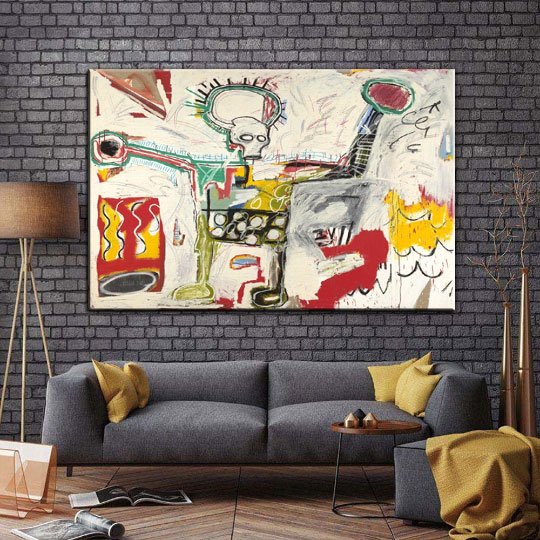