Keith Haring was an American artist whose pop art and graffiti-like work grew out of the New York City street culture of the 1980s Haring's work grew to popularity from his spontaneous drawings in New York City subways—chalk outlines of figures, dogs, and other stylized images on blank black advertising-space backgrounds. After public recognition he created larger scale works, such as colorful murals, many of them commissioned. His imagery has "become a widely recognized visual language"; Keith Haring later work often addressed political and societal themes—especially homosexuality and AIDS—through his own iconography. Much of his work includes sexual allusions that turned into social activism. Haring achieved this by using sexual images to advocate for safe sex and AIDS awareness.

Love it and it was shipped fast and packed well! 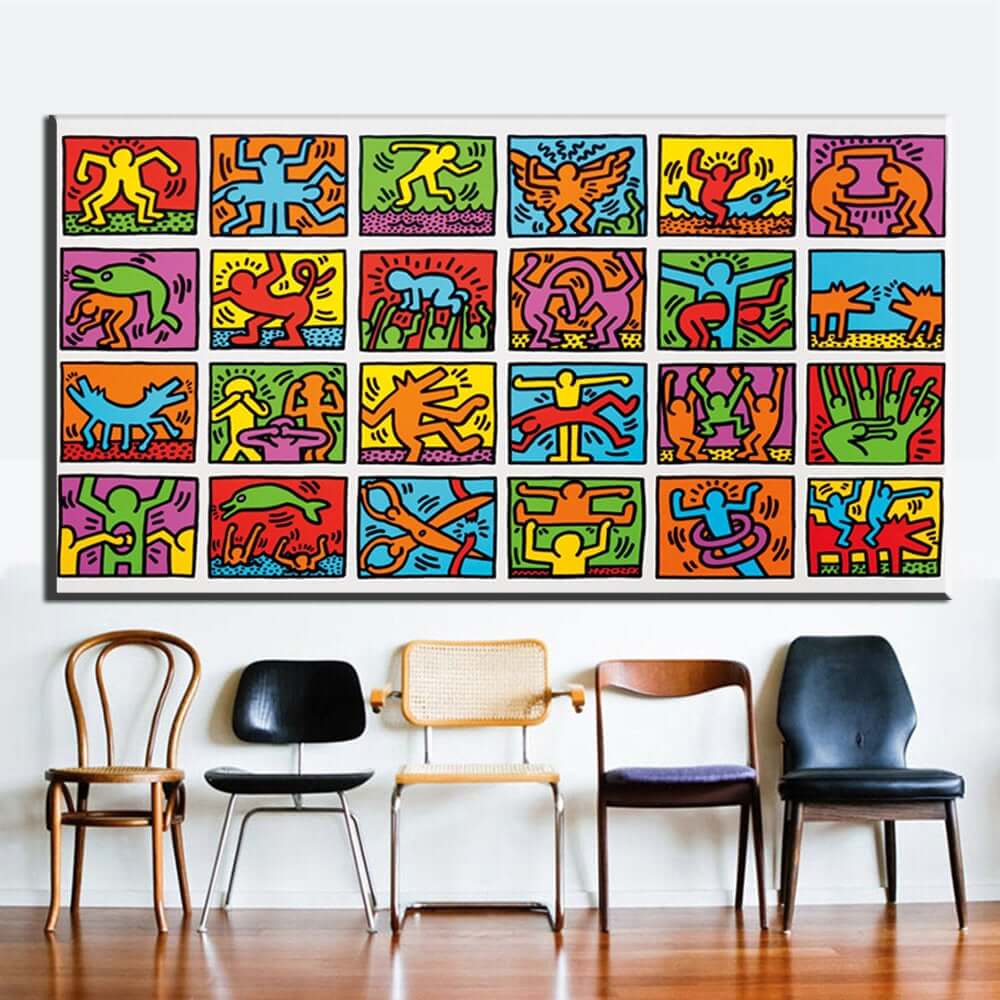 The print was a bit pixelated.